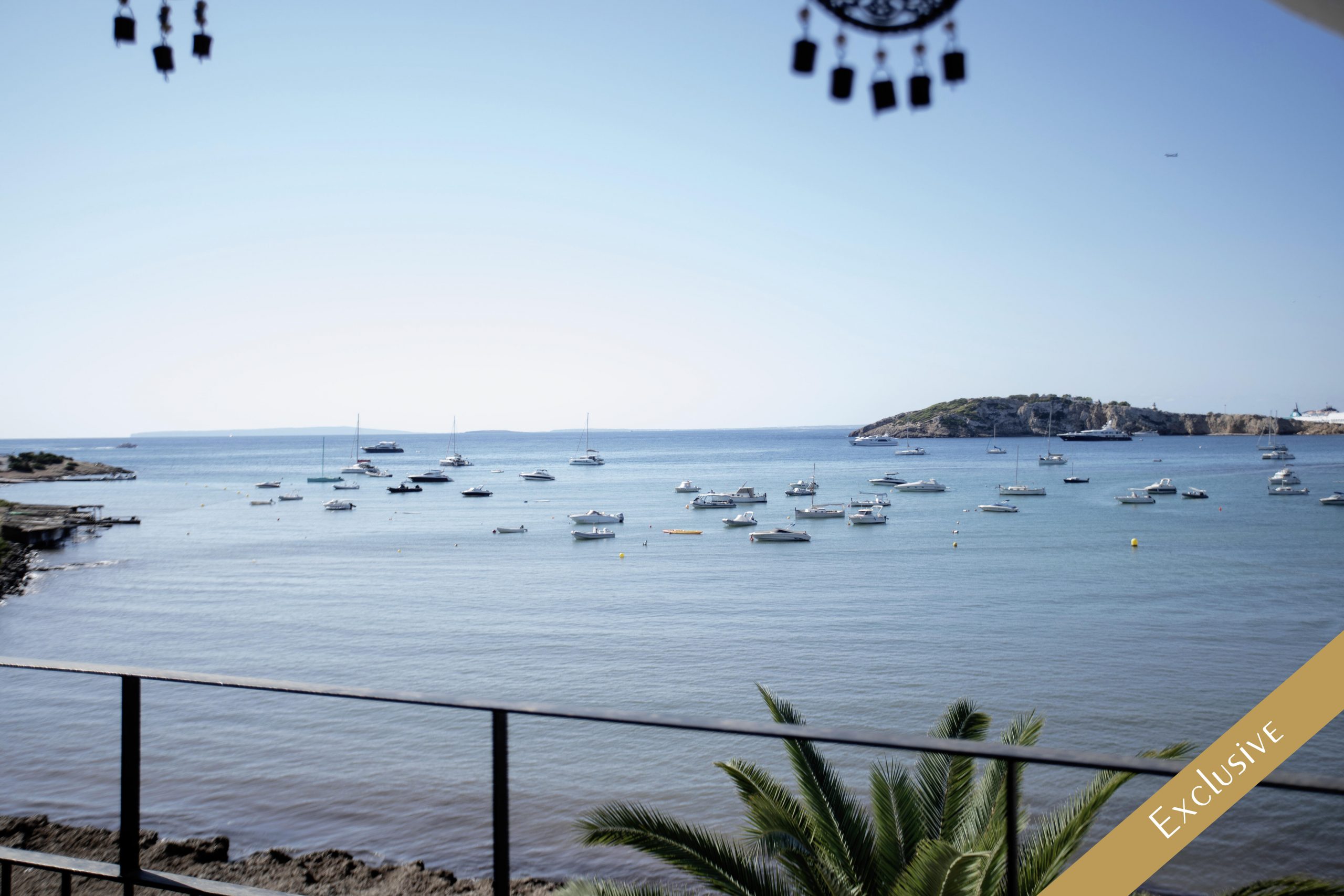 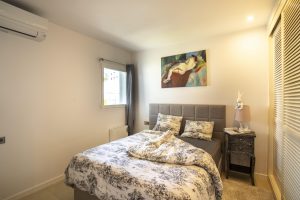 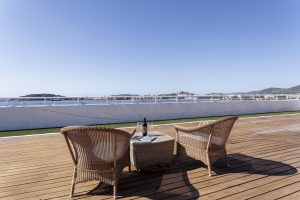 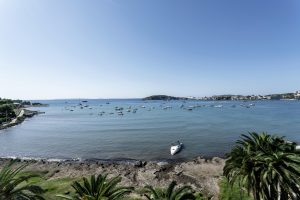 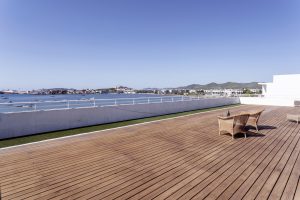 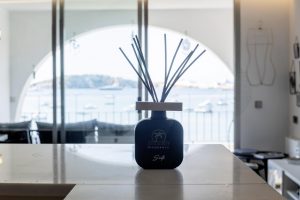 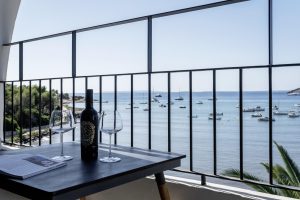 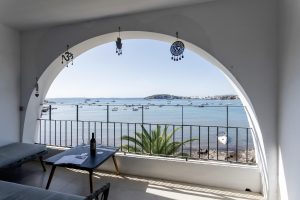 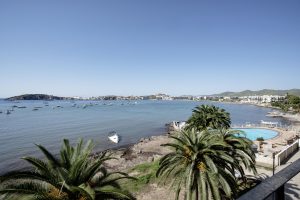 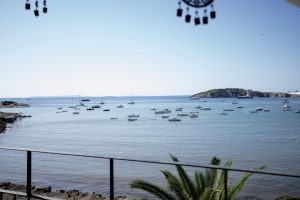 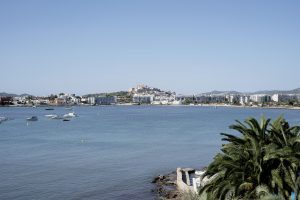 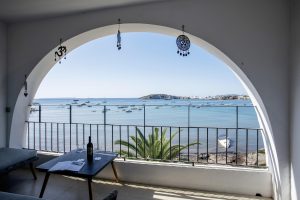 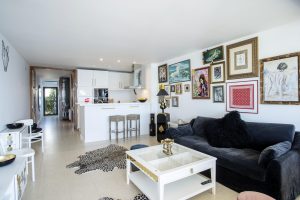 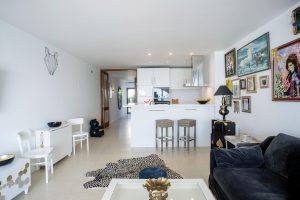 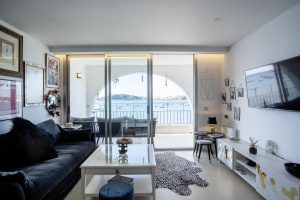 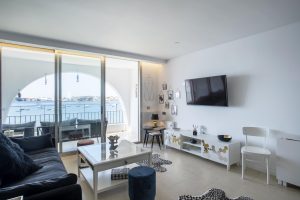 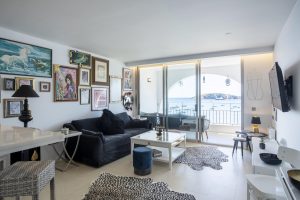 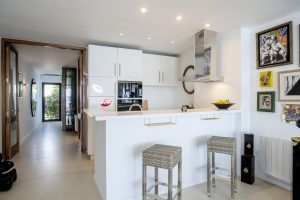 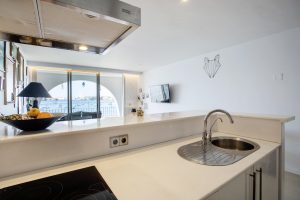 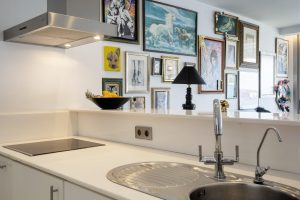 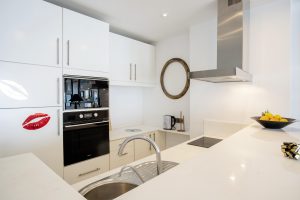 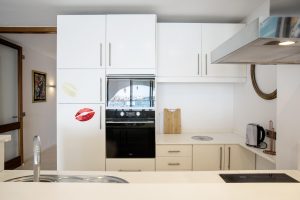 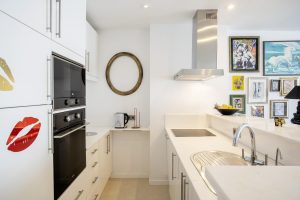 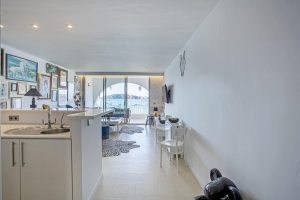 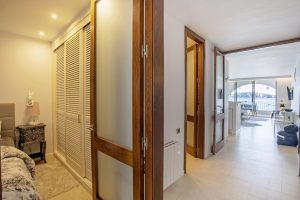 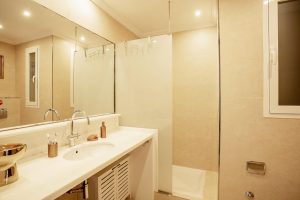 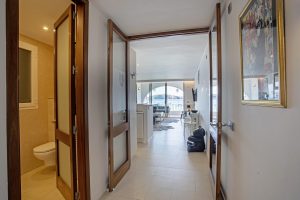 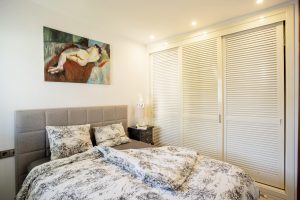 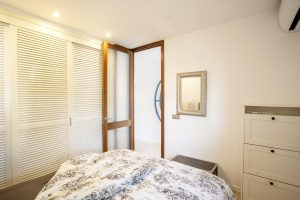 Unique opportunity to purchase a beautiful flat in Talamanca Bay.

As one of the few flats in the 1 sea line, with a breathtaking unobstructed view of the old town of Ibiza with the cathedral Dalt vila and the beach of Talamanca. The area is one of the best and safest in the south of the island. Good neighbourhood with several noble new buildings and exclusive hotels.

The completely renovated and modernised flat has a large and bright living room with attached fully equipped kitchen. From the living room you have an unobstructed view of the sea, where you will find the balcony separated by a patio door. There is also an automatic awning to protect you from the sun.

It has a bedroom and a bathroom. There is air conditioning in the living area and bedroom.

The flat is on the 3 floor, there are no other flats above. The 3 floor is only accessible with a separate key, also the lift has to be unlocked with a key. Thus there are further security aspects for the 3 floor.

There is a large roof terrace in the house, which may be used by all parties.

As an extra there is free access to the pool & gym from the neighbouring hotel.

A parking space can be rented in a nearby house.

During the summer months Ibiza Town (Eivissa) is the center of the world, or so it seems.
The town itself revolves mainly around the beautiful square (recently declared a pedestrian zone) known as Vara De Rey, and the main port.

Overlooking the port and the city below, behind the castle walls, is Dalt Vila (also known as the Old Town), which dates back to the Phoenicians and is a UNESCO World Heritage Site. Once populated by Romans, Moors and the odd pirate, it is now full of winding cobblestone streets, charming bars and romantic restaurants.

West of Ibiza Town runs the road to San Jose, dotted with countless restaurants such as KM5, Cova Santa and Cas Costas Grill and Market, and in the surrounding hills, if you look closely, you can discover some of the most exclusive and beautiful villas on the island hidden behind the pine trees.

East of Ibiza Town, past the millionaire playground of Marina Botofoch and the Paseo Maritimo, known as the Golden Mile (think Pacha, Lío, It Restaurant, etc.), lies Talamanca Bay, the bustling town of Jesus and the equally exclusive Cap Martinet. This area also boasts an endless array of glowing hotspots like Nobu Hotel, Destino, Rehab, Sa Punta, and the latest celebrity hangout, the beachfront restaurant Cala Bonita at Playa S’Estanyol.

We use cookies on our website to give you the most relevant experience by remembering your preferences and repeat visits. By clicking “Accept All”, you consent to the use of ALL the cookies. However, you may visit "Cookie Settings" to provide a controlled consent.
Cookie SettingsAccept All
Manage consent

EN
This website uses cookies to improve your experience while you navigate through the website. Out of these, the cookies that are categorized as necessary are stored on your browser as they are essential for the working of basic functionalities of the website. We also use third-party cookies that help us analyze and understand how you use this website. These cookies will be stored in your browser only with your consent. You also have the option to opt-out of these cookies. But opting out of some of these cookies may affect your browsing experience.

CZ
K analýze návštěvnosti, personalizaci obsahu a reklam a poskytování funkcí sociálních sítí využíváme cookies. Informace o tom, jak náš web používáte, sdílíme se svými partnery pro sociální média, inzerci a analýzy, kteří mohou být ze zemí mimo EU. Partneři tyto údaje mohou zkombinovat s dalšími informacemi, které jste jim poskytli nebo které získali v důsledku toho, že používáte jejich služby.
Necessary Data Always Enabled
Necessary cookies are essential for the smooth functioning of the website. These cookies provide basic website functionality and security features on an anonymous basis.
Analytical Data
We use cookies to analyze traffic, personalize content and ads, and provide social networking features. We share information about how you use our website with our social media, advertising and analytics partners, who may be located outside the EU. The partners may combine this information with other information that you have provided to them or that they have received as a result of your use of their services.
Preference
Preference cookies allow you to store in the eshop.
Advertising
The purpose of these cookies is to connect our website with third party social networks and advertising networks such as Facebook or Google Ads. This connection allows us to show you relevant advertisements outside of our website. By agreeing to marketing cookies, you automatically agree to all other levels of cookies.
Social media
Mainly used for our online chat, YouTube video display or Facebook widget.
SAVE & ACCEPT